After the great Kombucha Crisis of 2010, commercial brands of kombucha went into a tailspin. 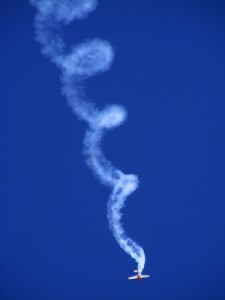 It seems that back in 2010, a health inspector somewhere in the backwoods of Maine noticed a few fizzy bottles of kombucha on a store shelf and he had them analyzed. All of the test samples showed more than the .5% of alcohol legally permitted without regulation – some testing as high as 2.5% of alcohol. The FDA picked up the beat and soon, millions of dollars worth of kombucha were being recalled by numerous manufacturers. Ever since then, companies have had to decide between diluting the essence of what they were creating or acquiring a wine and beer license, selling only to consumers 21+ years of age.

Kombucha is a living, fermented beverage that contains multiple species of yeast and bacteria along with organic acids, active enzymes, amino acids and polyphenols produced by a symbiotic colony of bacteria and yeast, or SCOBY. The precise quantities vary between batches and varieties, but kombucha typically contains: acetic acid, ethanol, gluconic acid, glucuronic acid, glycerol, lactic acid, usnic acid and B-vitamins. It was also found that kombucha contains about 1.51 mg/mL of vitamin C. Another main ingredient found in all fermented foods and beverages are probiotics which are beneficial bacteria necessary for adequate digestion and absorption of nutrients. They are viable microorganisms that improve gut microflora by secreting enzymes, organic acids, vitamins and nontoxic anti-bacterial substances once ingested.

The Japanese first described these in the 1980s as “functional foods” – a continuum of products that individuals may consume to increase their health and/or contribute to reducing their disease burden. To date, Japan is the only country that has formulated a specific regulatory approval process for functional foods. Known as Foods for Specified Health Use (FOSHU), these foods are eligible to bear a seal of approval from the Japanese Ministry of Health and Welfare (Arai, 1996). Currently, 100 products are licensed as FOSHU foods in Japan.

Kombucha most likely originated in Northeast China or Manchuria, later spreading to east Russia sometime before 1910 and spread from there to Germany and Europe. It’s typically made from black tea, sugar and water… back to pure, basic ingredients!

It’s high time we reclaim the simple, healthy methods of fermentation and preservation used by generations of people who preceded us …before we found ourselves beached in this over-corporatized wasteland of chemical beverage formulations. In other words, if it is mass-produced, be skeptical! Make your own home brew, for better health and at a significant savings.

Learn how to make your own kombucha!